I was in Bexley visiting family and my sister had mentioned that there was a new place open in Bexley village that was perrrrfect for me! Wings, street food, craft beers and platters… she is not wrong it is exactly what I look for on a menu – alllll my favs!!!

We went on a Thursday night so it wasn’t too busy and we really didn’t need to book. We ordered our drinks at the bar and sat down by the window – perfect little people watching spot! 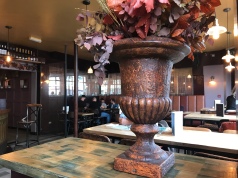 I had obviously already perused the menu before going. They have a main menu and also a brunch menu. I wanted it all, but managed to bring the list down to just 4 – it was hard and I had to let some good ones go but they have been promised for another visit!

I immediately saw the buffalo wings with blue cheese sauce… a no brainer, I also ordered the south American style brisket nachos with gravy (just writing it makes my mouth water again!), jerk chicken skewers with minted yoghurt and sweet potato fries – probably too much for one person but… I have no excuse except food is good! 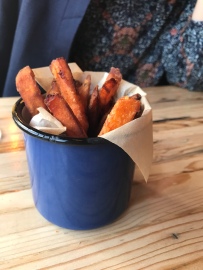 When the food came up it looked quite simple but smelt amazing. The wings were the real deal! The whole wing together and piled high. They were spicy but dipped in the blue cheese sauce just perfect. They had flavour but weren’t overly saucy and the skin had a little crunch to it. 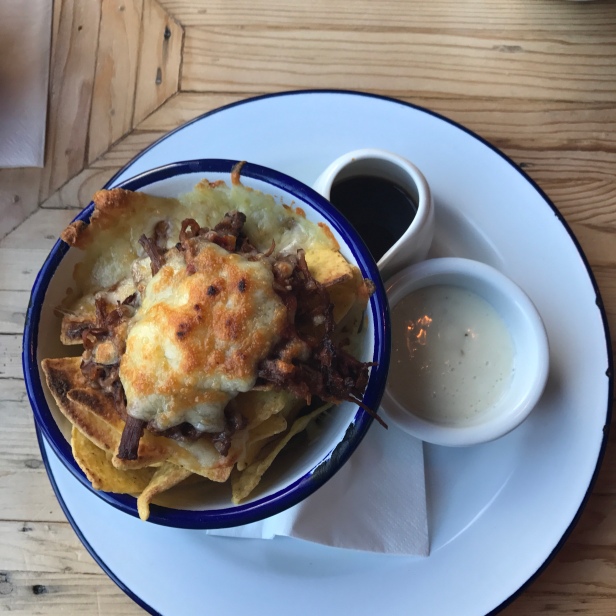 The nachos were a surprise, now I’ve had plenty of nachos but never with gravy, these were da bomb, I mean….. nachos good, meat good, cheese good and the gravy gooooooood! The whole thing together just wow, loved it!

The chicken was probably the only thing that was just ok, I mean it was chicken on a skewer nothing fancy, looked a bit anaemic and the sauce was alright.

We also ordered the Arthouse sharing tray, personally I didn’t think it looked enough for two people as a main but my mum and dad seemed to think it was enough. I reckon I’d get this as a little starter tray! 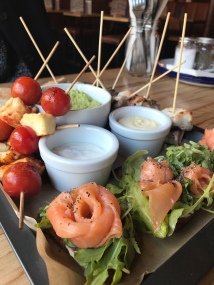 Overall it was a really good meal, parts of it were average but there were some good dishes in there. The place was nice, it didn’t have much atmosphere but that may have been because it was a Thursday night and there wasn’t really anyone in there, like there was no one in there! If you do fancy it maybe try a weekend – unless you like an empty restaurant (no judgement here!).